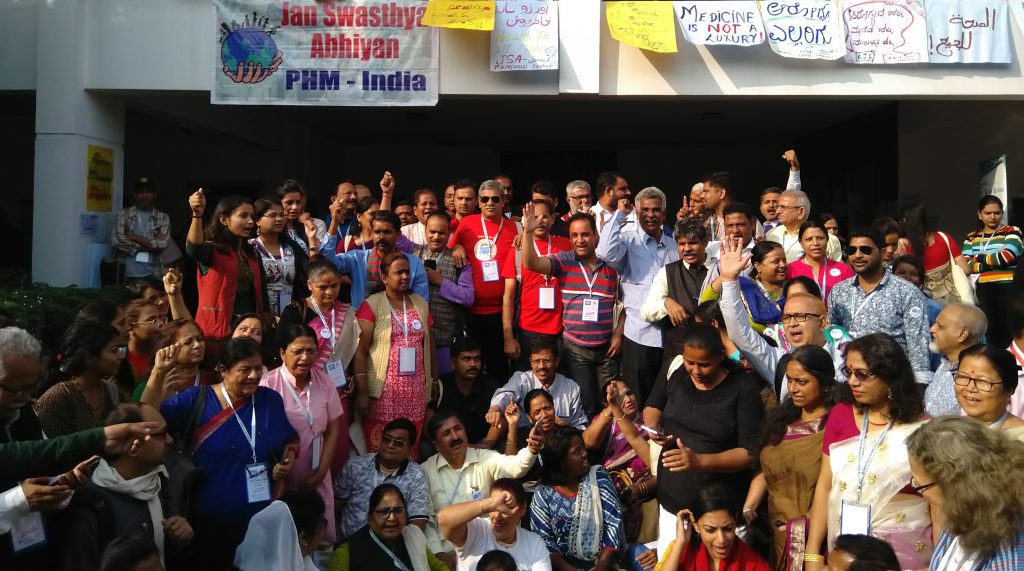 Gatherings, be it informal or academic, on global health always seem to have the weird undertone of outright optimism and slumbering scepticism. The knowledge we possess as humanity to tackle major health challenges has never been bigger. At the same time inequality is rising, deepened by non-re-distributive economic growth, environmental degradation, conflicts and discriminatory policies.
In this blog, I share my reflections after attending the Global Symposium on Health System Research in Liverpool and the People’s Health Assembly in Bangladesh.

During the fifth Global Symposium on Health system Research and the Fourth People’s Health Assembly, this tone was the same. The setting of events is interesting: the year 2018 marks celebrations of 40 years of the monumental Alma Ata declaration, and 70 years of the even more important founding of the World Health Organization and the Universal declaration of Human Rights.
Discourses change, however, and in this period we went from a call for ‘bold political choices’ to selective primary health care, Structural Adjustment Programs and the severe underfunding of health systems. The call for putting community health workers central led to amazing projects, but also copy-paste failures where volunteers are overburdened by care for their communities.

During the opening plenary, Manmeet Kaur set the tone by noting that life expectancy in East Harlem is 10 years lower than a few blocks down the road. While the US spends enormous amounts on health care, the outcomes don’t follow. This made clear that as advocates for better health systems, we need to go beyond the ‘more financing’ discourse. It’s all about which money and for whose benefits.

Going through the #HSR2018 programme, one thing is clear: the role of the private sector in health service is a contested, but hot topic.
Private sector actors come in all shades and are present in all pillars of service delivery: both informal and formal, from individual doctors to transnational companies, charities and religious institutions, traditional caregivers and local drug vendors, and a rising number unconventional actors like Big Data analysts and mobile companies.
To give an idea of their scope, in sub-Saharan Africa, 50% of care is provided by this broad ‘private sector’. Often, and I pledge guilty here, the default assumption is that private providers are generally less qualitative, less accountable and lead to inequalities to access.
The pre-conference satellite session organised by the ‘The Private Sector in Health Thematic Working Group’ was thus a welcoming opportunity to get an overview of the ongoing research.
For example, Dr. Sania Nishtar pointed out in her opening plenary that most systemic studies on the quality of these private actors find mixed results. And most importantly: most research notes the scarcity of data.

When Dr. Nishtar summed up the reasons why people attend private health care facilities, it was clear that the underfunding of public health facilities was a underlying factor. Sometimes private facilities are just the only one present. As compared to the informal sector, formal physicians can be more expensive. Informal practitioners sometimes have flexible rates or non-monetary ways to pay and are sometimes more sensitive to cultural values. In high resource settings where coverage is provided, the private sector might be the only one investing in non-traditional medicine like wellness, acupuncture and herbal medicine, thereby more accepted for segments of the population.
However, context-specific studies often have more relevant findings. Take the case of Bangladesh, where 87% of health care providers are informal. Worryingly, 70 % of care in the country was identified as inappropriate, and another 10% as harmful.

Dr Susan Fairley Murray answered the ‘why’ question from a globalization perspective. An extra 2,5 trillion dollars is needed to realise the Sustainable Development Goals. According to Dr Murray’s findings, this gap is used by international NGO’s as a justification to allow more market-based financing in social sectors. Corporatization of health services should thus be seen “as part of wider penetration of market financing in social policies and services, and accumulation of capital from big investors in name of development”. She analyses the broad spectrum of PPP’s, investor bonds and other reforms as ways of making the development sector more ‘investor friendly’, and less open to social incentives.
Jesscia Hamer illustrated this by the meanwhile famous Oxfam-research of the ‘Health in Africa’ World Bank initiative that was set up to invest in the poorest segments of society, but mainly lead to investments for the urban wealthiest and medical tourists.

Both ‘good’ and ‘bad’ examples of private-led or sponsored initiatives were myriad in any session. But this question is left unanswered: do we engage private sector because they fill a financial and regulatory hole, or because they are the only ones fit? If the later, what does that mean for how we perceive our public sector as part of societies, and for our perception of health?

It would be too easy to reduce this to a solely ideological question, as Dr. Abhay Shukla contrasted “the social logic of health rights versus the extractive profit logic of the corporate health sector” in his plenary talk.
India experienced large shifts in the health sector to ‘investor friendly’ environments, amongst others by installing manager boards and set profit objectives. Meanwhile the private sector is mostly composed of big players. Dr Shukla noted a lack of social accountability, medical corruption, irrational care, and an almost structural denial of patient’s rights, caused by a failed self-regulation and absent regulation by the state. As for irrational care, 41 % of all births are by caesarian sections in the private sector, while this is only 12 % in public facilities.

Dr Akaki Zoidze further illustrated this claim by pointing out that private dominance in the Georgian health sector led to extreme high prices. Currently, 30% of Georgian households are subjected to catastrophic health expenditure, mainly due to expensive pharmaceuticals. He concluded by stating that “There is more care for those who don’t need it, in contradiction to the UHC principle”, and called for more robust evidence from donors and governments that their choice for a private-public mix will not lead to inequity in access.

However, there remains a lack of knowledge on how the market works in both the field of research as policies. Regulatory initiatives thus often stay on the surface. However, as Dr Githinji Gitahi pointed out, when we talk about incentives to make the private health sector more accountable, qualitative and financially accessible, maybe we are basically just asking the private sector to be less private sector-ish?

Dr Gitahi pointed out that the asymmetry lies not just in access to health, but starts with equal power distribution: poor communities should be strengthened to organize their demands. For governments to take up their role as primary duty-barer, they should be strengthened in their capacities to regulate, monitor, control, and provide public services.

Although system analyses was missing at many sessions of this HSR-conference, it was positive to see that the organizers made a clear message that it is not enough to listen and know the info : we need to do something with it. Choosing Professor Lucy Gilson’s, expert in the politics of policy change, as winner of the Award for Lifetime Service to the field of HPSR, confirmed this dedication.

Beyond the health sector: people’s movements gather the essence of the right to health

This lack of system analyses and call for action was completely filled at the Third People’s Health assembly, taking place few weeks later in Bangladesh. This Assembly is organised by the People’s Health Movement (PHM), and stands out from other conferences by its presence of over 1400 grass roots health activists and regular chanting of protest songs during plenary talks.

Eduardo Espinoza set the tone of the assembly stating that “the history of development is the history of other people’s underdevelopment”. The PHM was founded in the 2000’s as a reaffirmation of the principles set by the Alma Ata declaration, and more specifically it’s dedication to public primary health care, community involvement, multi sectoral collaboration and the call for a ‘New International Economic Order’.

This was reflected in the thematic axes of the assembly that identified food sovereignty, trade and access to medicine, environmental degradation, gender and the functioning of health systems as the main challenges for the coming five years. Even more, workshops reflected on the impacts of militarization, access to land, sexual harassment and empowerment by movement building on health.
The main message of this conference is radical: the right to health is a political issue, and cannot be solved by technology and charity alone. To reaffirm this, concrete plans were made to broaden the movement.

Besides more research, more action is needed, and this can’t be left to ‘the activists’ alone. As quoted by Walt (1994): “If we as health workers, or as teachers, or students, or civil servants, do not feel that we, and the groups or organisations which we belong to, have some power to alter the policy that affects our lives, or the lives of those around us, why get up in the morning?”.

Press update: Accessible Social Health Protection in Low-Income Countries Niamey, 10 May 2022 - Every country in the world faces the challenge of protecting its population. But how to set up social protection? Where to start? 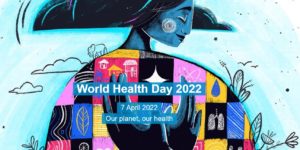