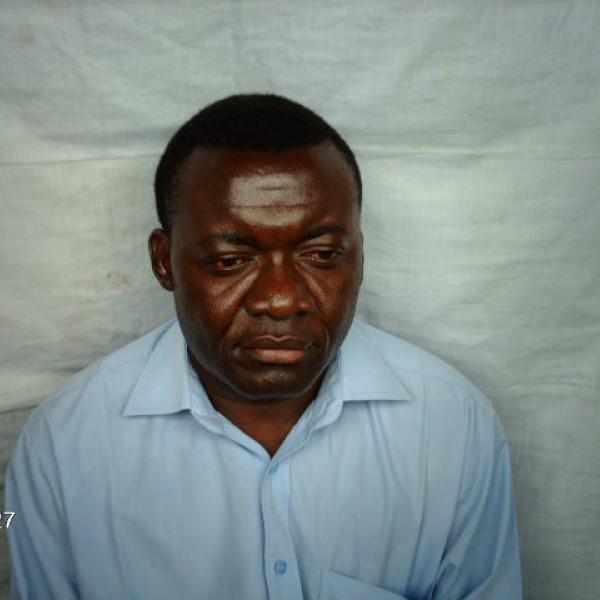 Dr. Prudence Mitangala Ndeba est Assistant Technique, Projet d’Appui au Développement du Dr. Prudence Mitangala Ndeba is a Technical Assistant, Project in Support of Developing Healthcare Systems (French acronym: PADISS), North Kivu (DR Congo). After undertaking basic training in medicine in Kinshasa in 1988, Prudence went on to obtain the Masters diploma in Public Health (1996), a Diploma for In-depth Studies of Epidemiology and Biostatistics (2006) and then gained a Doctor of Public Health Sciences at the Public Health School of the ULB (2012). Additionally, he undertook training in medical laboratory techniques at the Tropical Medicine Institute of Antwerp and in Bacteriology at the Saint Pierre University Hospital Centre, as well as a WHO course on salmonella surveillance for the prevention of food-borne illnesses in Yaoundé. In his professional career, Prudence has risen through the ranks of the healthcare system in DR Congo (hospital general practitioner, hospital clinical director, healthcare district chief medic and office director for epidemiological surveillance and disease control in the Provincial Health Division of North Kivu).

Within ULB Cooperation, in the North Kivu province, Prudence Mitangala Ndeba has held the positions of project coordinator (2002-2008) and technical assistant respectively in various projects including the “Project to improve healthcare provided to victims of sexual violence (VSV) in the East of the Democratic Republic of the Congo – Clinical Training for Providers” from August 2013 to December 2016. Since January 2017, he has been the technical assistant in charge of supporting the provincial hospital of North Kivu, rehabilitation and continued clinical training under the PADISS Project.

Fields of interest: infection by the malaria parasite, malnutrition and strengthening the clinical capacity of providers to improve the quality and safety of medical care